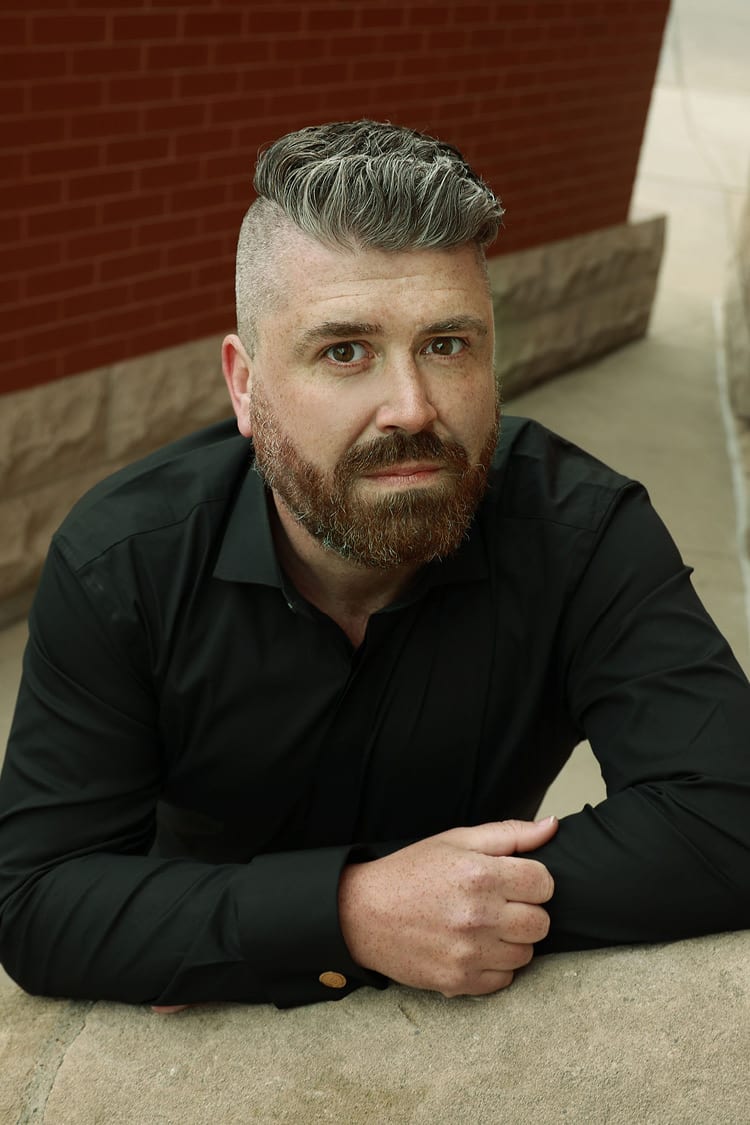 Dr. Emerson Eads currently serves as Director of Choral Activities at Minot State University. As a composer and conductor, Emerson has devoted himself to music of social concern. His Mass for the Oppressed, a setting of the Ordinary of the Mass featuring textual interpolations by his brother Evan Eads and a Credo adapted from the diary of Pope Francis, reflects on some of the most poignant social issues of our time. The Mass was written to muster public support for the Fairbanks Four, Native Alaskans from the composer’s hometown who were wrongfully imprisoned for eighteen years. Eads’ cantata “…from which your laughter rises” was written for the mothers of the Fairbanks Four. It was conducted to acclaim, paired in a concert featuring Haydn’s Stabat Mater. His newest opera, The Princess Sophia, is about the sinking of the SS Princess Sophia. It was premiered in Juneau, Alaska, on October 25th, 2018—the disaster’s centennial–to rave review in Opera Magazine. His most recent large-scale project, A Prairie Cantata, recovers lyrics from a neglected North Dakota woman poet and was premiered with the Minot State University Choir.

A Facebook Live Broadcast of Baritone Jeremy Huw Williams and pianist Paula Fan. From The Music Hall on the campus of Cal State LA, November 10th, at 7:30 PM, the duo will perform a recital of songs with social justice themes. Among the works to be performed is the...

Emerson Eads' Mass for the Oppressed made Honorable Mention in the Finalists of the AMERICAN PRIZE ERNST BACON MEMORIAL AWARD for the PERFORMANCE of AMERICAN MUSIC, 2021. http://theamericanprize.blogspot.com/2021/10/winners-bacon-awardamerican-music.html...

Zoom workshop with the Nancy Menk and the Women's Choir of St. Mary's College in Indiana. They will give the world premiere of my setting of Meditabor on October 9th 2021. Text: I will meditate on thy commandments, that I love exceedingly:and I will lift up my hands...

Mass for the Oppressed

Song of the Sikuliaq