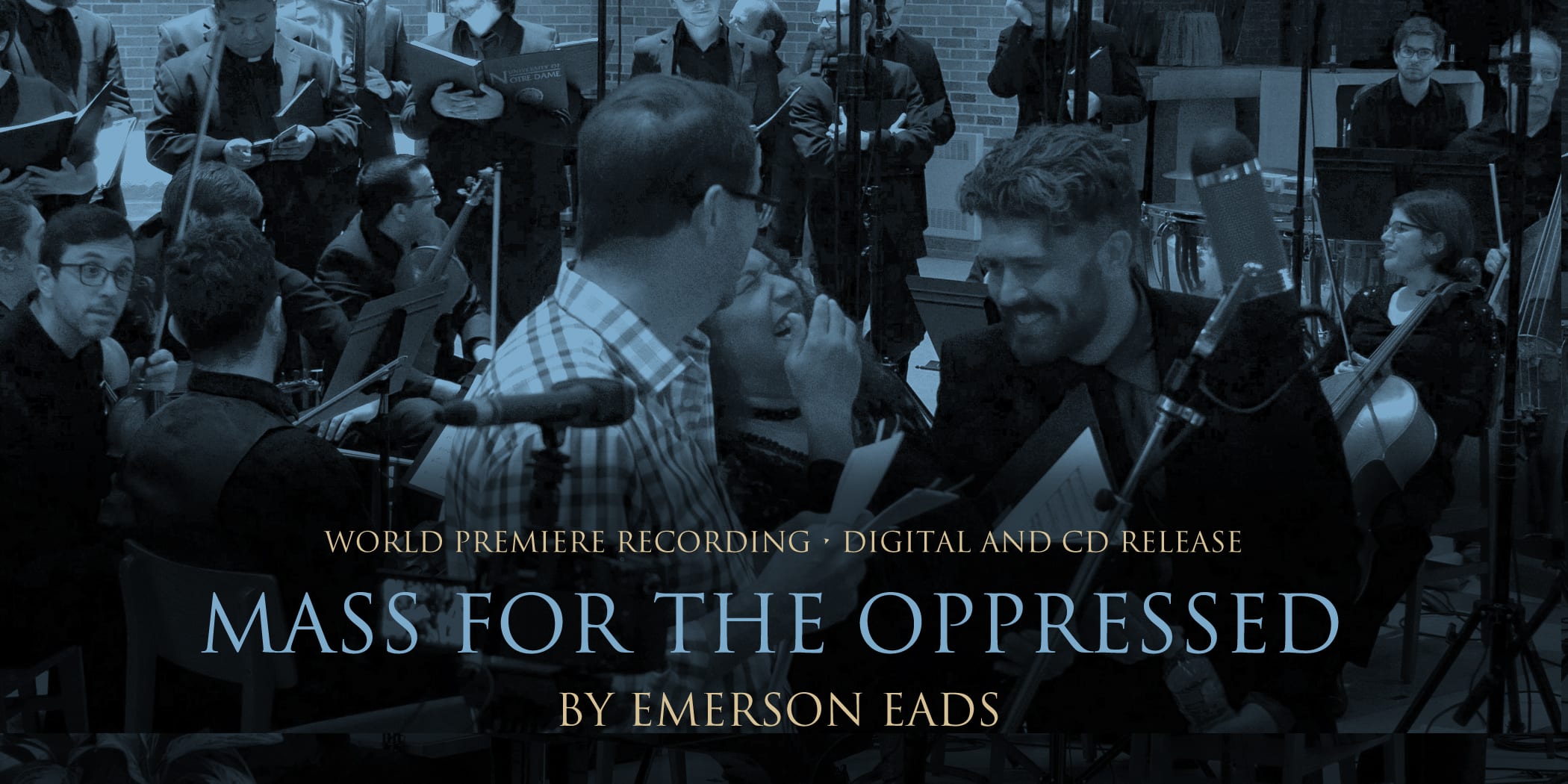 This live performance and recording could not have been realized without the love and support of so many people. First, I’d like to effusively thank the soloists: Tess Altiveros, Toby Newman, Barry Banks, Dr. David Miller, and my teacher, Jaunelle Celaire, who not only sang, but gave of their time and savings to make this recording.

Without the generous support of Erin and David E. Seng, Michael Powers, Carol Wilbur, Jo and Dick Scott, Tom and Patti Gross, Marvin and Cindy Bergeson, Bill and Bette Grier, my parents, Emerson and Elaine Eads, Andrew and Lael Hibshman and many, many more through generous GoGetFunding contributions, this wouldn’t have been possible to imagine.

I am so grateful to Sacred Music at Notre Dame, and Professor Margot Fassler for enthusiastically supporting this performance and recording. And it is with much gratitude that I thank my professor, Carmen-Helena Téllez, for her support, advice, and inspiration.

I’m beyond overwhelmed by the generosity and artistry of my colleagues who sing and never seem to tire of academic excellence and artistic dedication, and to whom I will be forever indebted.

This recording and performance wouldn’t have been possible without the kindness and generosity of Brother Joseph Fox, C.S.C and the Brothers of Holy Cross who’s beautiful Saint Joseph Chapel on Holy Cross College was a delight to make music in.

Pope Francis’s words that I set as the Credo, strike me as the essence of religion, which is love, and if it weren’t for my friend, Matthew Kelly, I would never have known them.

My brother Evan Eads, wrote some of the most heart-breaking words I have ever set to music. He has always been an ardent supporter of the underdog, and I’m ever grateful for his words, not to mention his love.

I’m so grateful to the Alaska Innocence Project who worked tirelessly for the release of the Fairbanks Four, and who will benefit from any future sales of this recording.

Finally, George Frese, Eugene Vent, Marvin Roberts, and Kevin Pease, known as The Fairbanks Four, have endured more than I can imagine. In so doing, they inspired my creativity and made me rage, weep, and compose. After embracing these men, and their families, I’m convinced that in times of political, and social turmoil, music can speak when words fail.