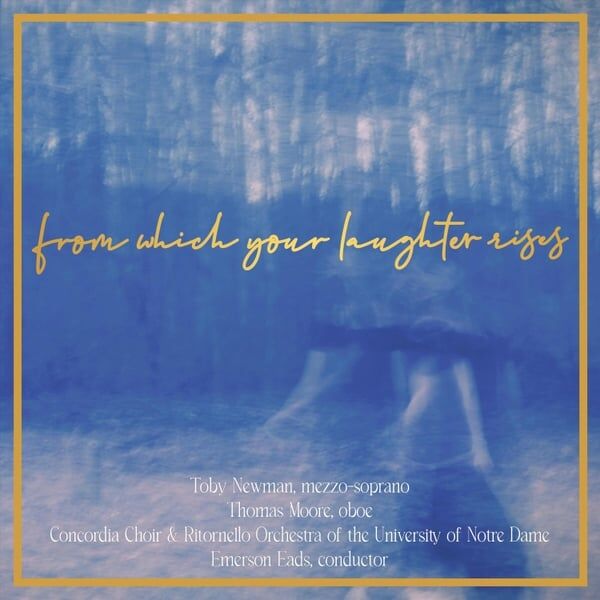 “… From Which Your Laughter Rises.” 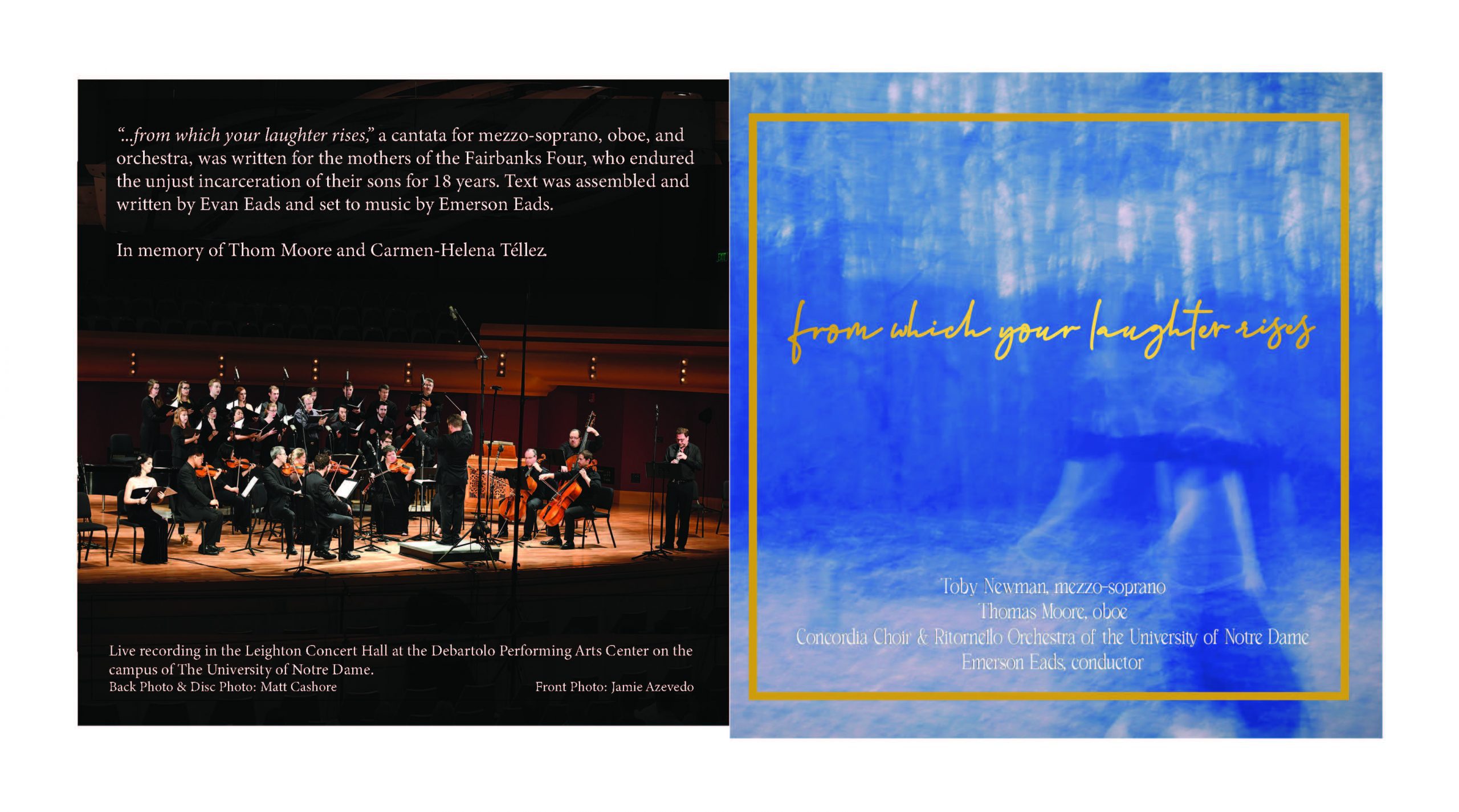 “…from which your laughter rises.”  a cantata for mezzo-soprano, oboe, and orchestra, was written for the mothers of the Fairbanks Four, who endured the unjust incarceration of their sons for 18 years. Text was assembled and written by Evan Eads and set to music by Emerson Eads. This live recording is released in honor of Thom Moore, the oboist on this recording, who died in October 2021 at the age of 56, after a short battle with cancer. This release also marks a year of the loss of Eads’ mentor, Carmen-Helena Téllez, who was an inspiration for his Mass for the Oppressed and this cantata.
Live recording in the Leighton Concert Hall at the Debartolo Performing Arts Center on the campus of The University of Notre Dame. 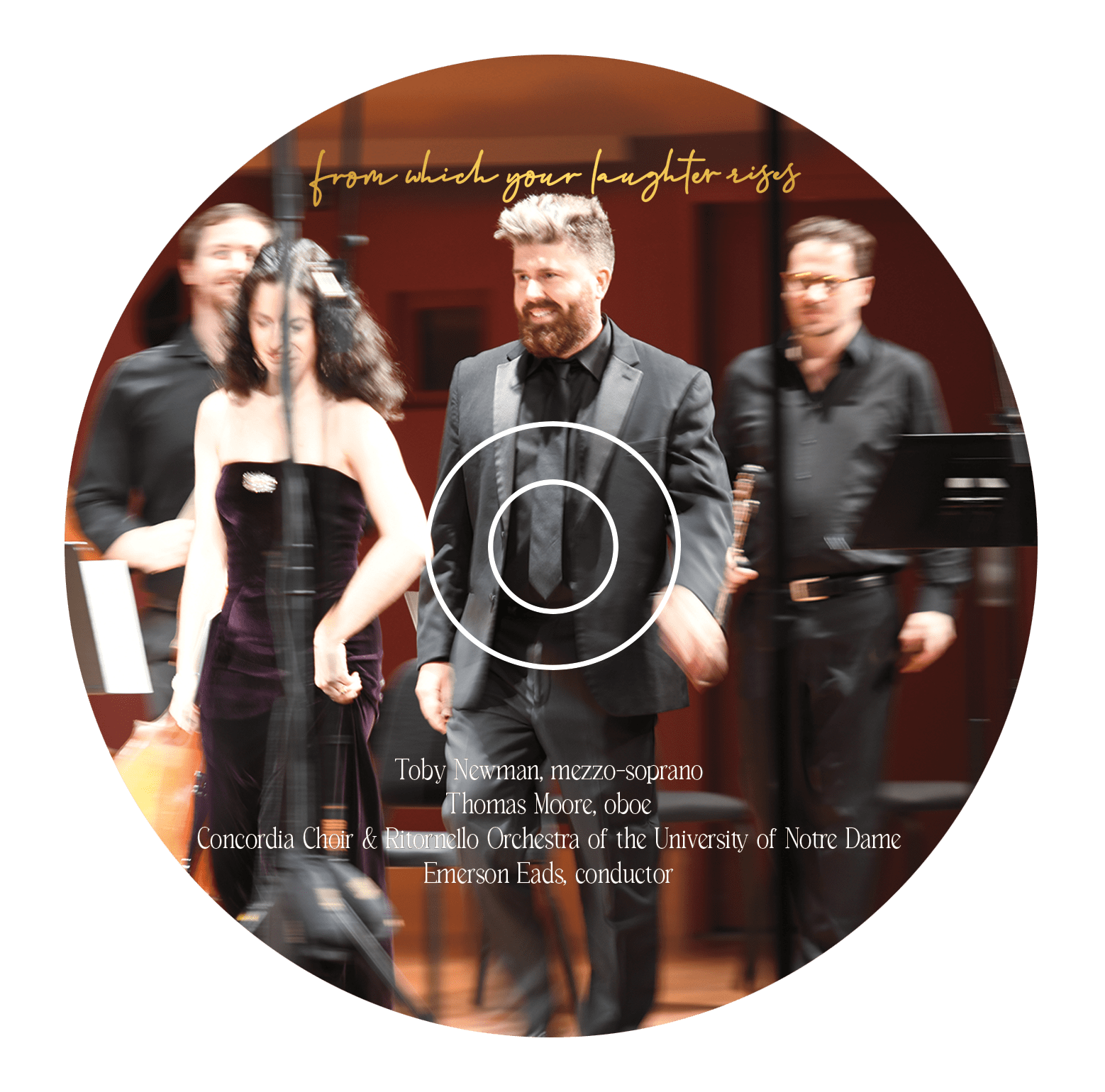 If you enjoy listening to this new release, please consider donating to the Alaska Innocence Project whose herculean work has secured the release of the Fairbanks Four, and whose continued work is greatly needed for other innocents who remain behind bars with no other voice of representation.